Southern Company has been innovating for more than a century

Southern Company’s culture of innovation stretches back more than 100 years, to the early days of the 20th century when its operating companies were just starting to make a difference in a nascent New South thirsty for the power to transform the region's economy and quality of life.

The creation of a new customer-focused energy innovation hub, announced by Southern Company on April 1, 2015, continues the legacy of innovation that has fueled customer service and regional growth for a century. The hub will be known as the Energy Innovation Center. 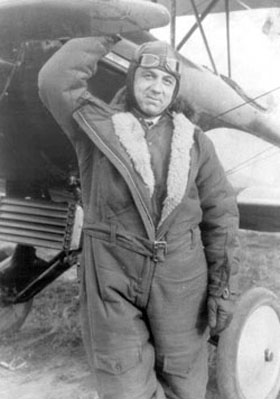 One of the company’s earliest innovators was Tomlinson Fort Johnson, a Georgia Power engineer who in 1916 created a way for line crews to change out faulty insulators while lines were still energized, drastically reducing outages at a time when customers were just beginning to use electricity.

The Johnson Transmission Clamp contributed "as much to the advancement of the art of transmitting and distributing electricity as any invention of the 1910-1920 decade," according to author Wade Wright. Johnson would later invent the "buzz stick," which would enable linemen to detect faulty line insulators.

In those early days, when hydroelectricity was still king, dams across America could be rendered helpless by flood waters and unable to make electricity efficiently, if at all. Oscar Thurlow knew there had to be a better way to build hydro plants. And as Alabama Power began building Mitchell Dam in 1921 — with more dams on the drawing boards – Thurlow, the company’s chief engineer, knew the reliability and financial viability of the young company rested on him and his young engineering staff. 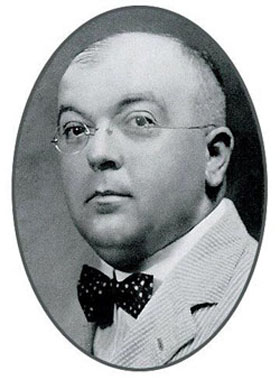 The Thurlow Backwater Suppressor would be patented later that year and change the way dams were built worldwide.

In 1941, Alabama Power CEO Tom Martin — realizing the importance of research and innovation to the development of the South — headed up the formation of the Southern Research Institute in Birmingham, a research organization serving life sciences, engineering, energy and environmental-protection industries.

Then, in 1954, Southern Company engineer Don Early invented an analog computer system to replace the slide rules, charts and graphs used to calculate the most economic electric generation to dispatch to customers at any given moment. The "Early Bird" would coordinate and dispatch power from all Southern Company system plants, draw visitors from around the globe and be hailed as the most advanced system of its type. It would save customers millions of dollars and set a new standard for power generation efficiency.

In 1969, Southern Company president Alvin Vogtle created the company’s first research and development department, giving it the task of searching for answers to the most demanding environmental challenges. The research done by the department would quickly become an industry standard.

Randall Rush was one of department’s early engineers. After leading a scrubber research project at Gulf Power's Plant Scholz in the 1970s, he would eventually advocate building scrubbers made of plastic. This was at a time when scrubbers were supposed to be built of metal. Or, at least, that’s what everyone thought in the 1980s. Not Rush, who believed in his idea so much that he risked his career for it, standing fast by his conviction. As a result, Southern Company saved $500 million over peer utilities in installing scrubbers to meet clean air regulations.

For more information on innovation:

Dedicated to making life easier for customers, so they can focus on the things that are most important to them.

The SO Prize competition was designed to recognize employees who devised the most inventive solutions to the various challenges faced by Southern Company and the electric utility industry.