The longleaf pine ecosystem once encompassed more than 90 million acres across nine states, from Virginia to Texas, but has been reduced to only about 3% of its historic range due to development, overharvesting and fire suppression programs.

Alabama Power has a long-standing partnership with the Alabama Wildlife Federation (AWF) and the National Fish and Wildlife Foundation (NFWF), which has allowed them to complete several longleaf pine restoration projects in the Southern Company service area, including projects at Plant Farley near Dothan, Alabama. Through these partnerships, Alabama Power, Southern Company and NFWF have restored more than 82,000 acres of longleaf pine forest for the benefit of the species that rely on it.

All trees are special and unique in their own way. In honor of Arbor Day, let’s get to know the longleaf pine a little better. 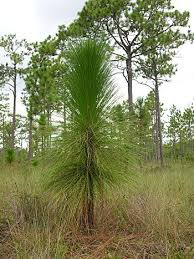 They live up to their name

The longleaf pine is an evergreen conifer that got its common name for having the longest leaves of the eastern pine species. The needle-like leaves, which come in bundles of three, can grow up to 18 inches long.

They like to take it slow, but they know how to grow

The lifespan of a longleaf pine extends several centuries. These slow-growing trees live for over 300 years, and they may take up to half that time to reach their full size. Mature trees stand 80 to 100 feet tall. The single trunk reaches up to 3 feet in diameter. The trees naturally prune their lower branches and grow almost perfectly straight. 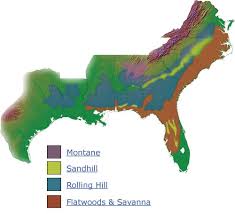 They have plenty of friends

The ecosystem created by longleaf pines possesses tremendous biodiversity, proving habitat for wildlife such as the gopher tortoise, indigo snakes, red-cockaded woodpeckers and important game species such as the northern bobwhite quail, wild turkey and white-tailed deer. The halting and reversal of the tree’s century-long decline can benefit many threatened and endangered species dependent on the habitat the pines help create.

They are beach bums (or at least close)

Longleaf pines can survive in a range of habitats, but they prefer sandy, dry, acidic soils ranging in elevation from sea level to 2,300 feet. They are intolerant to shade and require sunlight to grow.

Keep up to date on all of your Southern Nuclear News.