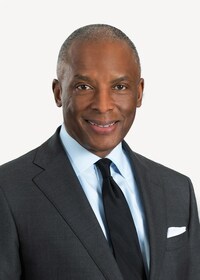 Kimberly S. (Kim) Greene has been named chair of the Board of Directors, CEO and president of Georgia Power, effective as of March 31, 2023, 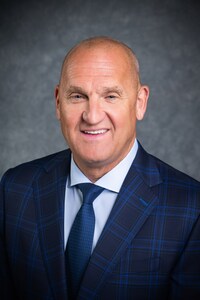 Jeff Peoples has been named chairman of the Board of Directors, CEO and president of Alabama Power. 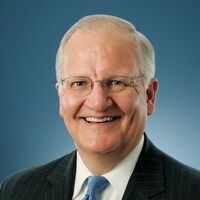 James Y. (Jim) Kerr II has been named chairman of the Board of Directors, CEO and president of Southern Company Gas, effective as of March 31, 2023. 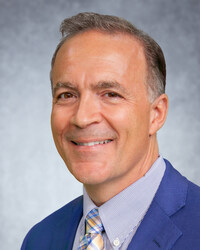 "Tom has guided Southern Company through a period of significant change. Under his oversight, Southern Company has delivered substantial value to stockholders and increased the dividend annually, while safeguarding the interests of employees, the communities in which the system operates and the entire spectrum of the company's stakeholders. We are grateful for Tom's innumerable contributions to the company and industry over more than 42 years of service, and we look forward to the next chapter in Southern Company's history," said David J. Grain, Southern Company's lead independent director.

"The Board has been actively engaged in succession planning for the past several years, and after consideration of a number of candidates, we unanimously selected Chris as our new Chief Executive Officer and president. Chris' proven leadership, alignment with our values and ability to deliver strong results makes him a terrific choice to lead Southern Company," Grain said.

"Chris' leadership, vision and integrity during his career with Southern Company have uniquely prepared him to guide Southern Company into a new era," said Fanning. "With our recent progress at Plant Vogtle and continued conversion of our operations towards net zero emissions, I believe that now is an ideal time to transition to new leadership. I have confidence that Chris will continue our progress and deliver on Southern Company's commitment to providing clean, safe, reliable and affordable energy and customized solutions to customers across the United States. I look forward to working closely with Chris over the next five months as he assumes this new role and to focusing on an effective transition in my new position as Executive Chairman of the Board of Directors."

"It is an important time in our industry as the energy landscape continues to rapidly evolve and customers' needs continue to change, and Southern Company is at the forefront of that evolution," Womack added. "We're building the future of energy, and I'm excited to continue playing a role in this new capacity. It is an honor to lead teams working in states across the country that are wholeheartedly dedicated to innovating and delivering both world class customer service and reliability to our customers. We've got a lot of important work ahead of us."

In addition, the Board of Directors also announced the following executive appointments as part of the company's succession and management transition plan:

Effective as of March 31, 2023, Kimberly S. (Kim) Greene, 56, has been named chair of the Board of Directors, CEO and president of Georgia Power.

Effective immediately, Jeff Peoples, 63, has been named chairman of the Board of Directors, CEO and president of Alabama Power.

Effective as of March 31, 2023, James Y. (Jim) Kerr II, 58, has been named chairman of the Board of Directors, CEO and president of Southern Company Gas.

Fanning noted that, "Each of Kim, Jeff, Jim and Pete has emerged as a proven leader with a strong track record of success and demonstrated skill working across the company. I expect each will flourish in their new position, further strengthening Southern Company's deep management bench and bringing a fresh perspective to each of these businesses."

Greene is chair, president and chief executive officer of Southern Company Gas, a subsidiary of Southern Company delivering natural gas to more than 4.3 million utility customers in Georgia, Illinois, Tennessee and Virginia. Prior to her current position, Greene served as executive vice president and chief operating officer of Southern Company, with additional responsibility for research and environmental affairs, Southern Power and Southern Wholesale Energy. Greene began her career at Southern Company in 1991 and has progressed through various areas of engineering, operations, finance, structuring, trading and asset management. Greene spent five years at Tennessee Valley Authority serving in executive roles, including chief financial officer and chief generation officer, before returning to Southern Company in 2013. Greene earned a bachelor's degree in engineering science and mechanics from the University of Tennessee, a master's degree in biomedical engineering from the University of Alabama at Birmingham and a master's degree in business administration from Samford University in Birmingham, Ala. She also completed the Advanced Management Program at Harvard Business School.

Peoples is Alabama Power's executive vice president of customer and employee services where he oversees customer services, marketing and economic development strategy and operations, as well as the company's six geographic business divisions. In addition, he has responsibility of the company's labor relations, human resources products and services, safety, wellness, health and disability management functions for Alabama Power employees. Peoples began his career with Southern Company in 1984 as a chemical technician at Alabama Power's Plant Miller. He served in several positions of increasing responsibility in compliance, human resources, training, workforce development and technical field services. Peoples holds a bachelor's degree in chemistry and biological science from Lee University in Cleveland, Tennessee.

Kerr is executive vice president, chief legal officer and chief compliance officer for Southern Company, leading the company's legal, corporate governance, audit and compliance functions. He also co-chairs Southern Company's internal business assurance council and serves in other risk management roles. Additionally, as chief of staff to the chairman, president and CEO, Kerr assists with the fulfillment of Fanning's strategic priorities with the board of directors, the management council and officers across the system. Before joining Southern Company in 2014, Kerr was a partner at McGuireWoods LLP and senior advisor at McGuireWoods Consulting LLC. Kerr was a member of the North Carolina Utilities Commission for eight years and served as president of the National Association of Regulatory Utility Commissioners from 2007 to 2008 and president of the Southeastern Association of Regulatory Utility Commissioners from 2002 to 2003. He earned a bachelor's degree, cum laude, from Washington and Lee University and a juris doctorate degree, with honors, from the University of North Carolina School of Law.

Sena joined Southern Company as executive vice president and chief nuclear officer (CNO) of Southern Nuclear in July 2019. Sena will continue to be responsible for all operations of Southern Company's six nuclear reactors at plants Farley, Hatch and Vogtle. Prior to joining Southern Nuclear, he served as president and CNO of PSEG Nuclear. Sena was named CNO of FirstEnergy in 2012, holding a variety of leadership roles there. He joined FirstEnergy in 1996 as a control room supervisor and obtained his first Senior Reactor Operator (SRO) license at Beaver Valley Power Station Unit 2. He obtained his second SRO license in 1999 for Beaver Valley Unit 1. Sena earned a Bachelor of Science degree in fuel science from Pennsylvania State University in 1985.

About Southern Company
Southern Company (NYSE: SO) is a leading energy provider serving 9 million residential and commercial customers across the Southeast and beyond through its family of companies. Providing clean, safe, reliable and affordable energy with excellent service is our mission. The company has electric operating companies in three states, natural gas distribution companies in four states, a competitive generation company, a leading distributed energy infrastructure company with national capabilities, a fiber optics network, and telecommunications services. Through an industry-leading commitment to innovation, resilience, and sustainability, we are taking action to meet our customers' and communities' needs while advancing our commitment to net zero emissions by 2050. Our uncompromising values ensure we put the needs of those we serve at the center of everything we do and are the key to our sustained success. We are transforming energy into economic, environmental and social progress for tomorrow. Our corporate culture and hiring practices have earned the company national awards and recognition from numerous organizations, including Forbes, Military Times, DiversityInc, Black Enterprise, J.D. Power, Fortune, Human Rights Campaign and more.

Stay up to date on the latest company news