Thousands of Southern Company and off-system resources, including line crews, vegetation management crews and support personnel, continued to make significant progress Friday in restoring power safely and as quickly as possible to the nearly 1.5 million electric customers whose service was disrupted by Hurricane Zeta.

By midday, power had been restored to almost a million electric customers impacted by the powerful Category 2 hurricane that made landfall Wednesday. Crews continued to assess damage and restore service to all customers who can take power as soon as it was safe. With some areas remaining inaccessible, complete restoration is expected to take several more days.

The system came together in the restoration from the latest severe storm in this year’s record-breaking Atlantic hurricane season. Through the mutual assistance program, industry partners from more than a dozen states were responding to help in the recovery from Zeta.

The Supply Chain Management team established a dozen material staging sites across Alabama and Mississippi, with multiple shipments being made daily from the system’s material distribution centers.

PowerSecure successfully switched 67 sites to backup power in the impacted areas. Southern Company Gas had prepared its facilities that were in Zeta’s path for potential storm impacts and was able to return to normal operations quickly after the storm passed. Southern Linc deployed 16 mobile assets in Alabama to support communications capabilities.

Making landfall in Louisiana, Zeta disrupted power across a broad swatch of the Southeast, including Louisiana, Mississippi, Alabama, Georgia and the Carolinas, before moving up the East Coast.

In Mississippi, the majority of power outages were concentrated from Biloxi to the Bay/Waveland areas. Zeta’s tropical-storm-force winds and heavy rain caused significant widespread damage across Alabama before making its way into Georgia, where it left broken poles, damaged transformers and numerous spans of wire down in its wake. 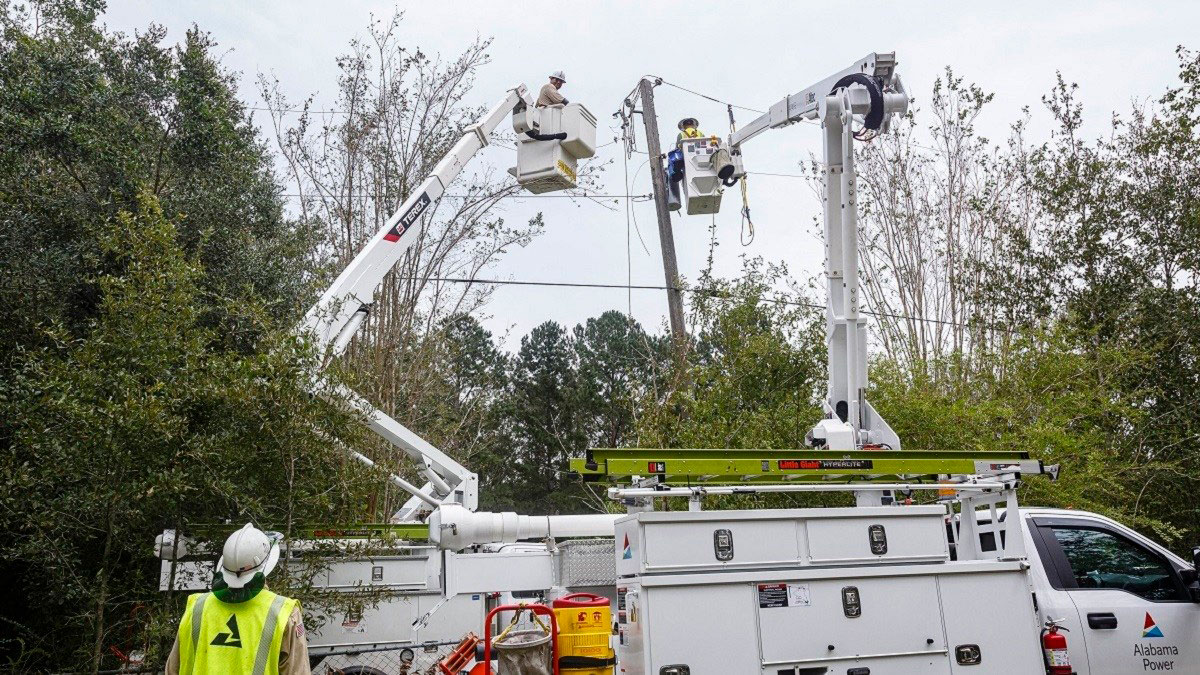