In acknowledgement of his character, sportsmanship and dedication to charitable giving, Zach Johnson has been named the recipient of the PGA TOUR’s Payne Stewart Award presented by Southern Company. Johnson will be honored on Wednesday, Sept. 2, at the Payne Stewart Award Ceremony in conjunction with the TOUR Championship. The ceremony will be televised live on Golf Channel as part of a “Golf Central” special from 7-7:30 p.m. ET at the Southern Exchange in downtown Atlanta.

The Payne Stewart Award is presented annually by the PGA TOUR to a professional golfer who best exemplifies Stewart’s steadfast values of character, charity and sportsmanship. Stewart, an 11-time winner on the PGA TOUR and World Golf Hall of Fame member, died tragically 21 years ago during the week of the TOUR Championship in 1999. Southern Company, the “Official Energy Company of the PGA TOUR and PGA TOUR Champions,” was the TOUR Championship sponsor the year of Stewart’s passing. A year later, the PGA TOUR created the Payne Stewart Award in his honor, and Southern Company has supported the annual presentation since its inception.

“I never got to meet Payne, but I loved him,” Johnson said. “I loved how he played the game certainly as a competitor but then how he lived his life off the golf course – he’s the model. I remember going to the TOUR Championship and the Payne Stewart Award Ceremony my rookie year and thinking, ‘This is the pinnacle of a PGA TOUR player’s career.’ It’s about how you utilize the gifts you are given, and I know Payne lived that way.

“I am deeply grateful and honored. I don’t like being in the limelight a whole lot, but I hope in this regard I can at least be a small piece of his legacy.”

Johnson, 44, was born in Iowa City, Iowa, but was raised 30 miles north in Cedar Rapids where he took up the game as a 10-year-old. He honed his skills at nearby Elmcrest Country Club, which now hosts the annual Zach Johnson Foundation Classic.

Though Johnson and Stewart never met, the two are well-connected on the golf course, and more specifically on the greens. Johnson employed the same SeeMore FGP putter that Stewart used to win the 1999 U.S. Open for all 12 of his PGA TOUR wins, including his most recent title at the 2015 Open Championship at St. Andrews.

“Zach Johnson as the recipient of this year’s Payne Stewart Award is a testament to the impact Payne made on many of our contemporary players who never had the chance to meet him in person,” PGA TOUR Commissioner Jay Monahan said. “Zach would say he’s just a normal guy from Cedar Rapids, Iowa, but in truth, he has one of the most compelling stories on the PGA TOUR in the last 25 years, a fearless underdog who has carved out an incredibly successful career through hard work and dedication to his craft.

“Off the course, his commitment to charity through his Foundation has made an indelible impact in Cedar Rapids and throughout Iowa where he is a state-wide hero. The PGA TOUR is thrilled to add his name to what is an illustrious list of the game’s ambassadors.”

In addition to a sculpture by Bob Pack presented to the recipient, the Payne Stewart Award is accompanied by an annual Payne Stewart Award Grant made possible by Southern Company. The $500,000 grant supports several initiatives in Stewart’s name and is distributed as follows: $100,000 to Payne and Tracey Stewart’s primary charity, The Stewart Family Foundation; $100,000 in Stewart’s honor to Payne Stewart Memorial, located in Missouri at Kids Across America, which is affiliated with Kanakuk Kamps; and $300,000 to a charity designated by the winner. Johnson has chosen to designate the Zach Johnson Foundation.

In 2010, Zach and Kim established the Zach Johnson Foundation, which fulfills a dream of theirs to give back to children and families in Cedar Rapids, Iowa in a long-lasting and meaningful way. One year later, they introduced the Zach Johnson Foundation Classic, which was created as a two-part event: a fundraiser gala and auction for sponsors and participants and a Pro-Am charity golf tournament. In 2019, it raised $1.1 million to support their non-profit, Kids on Course, which serves 1,000+ students with the goal of closing the opportunity gap so all students can be on a path for post-secondary education.

The Foundation also provides three summer programs tailored toward helping kids stay connected to positive adults while maintaining or growing their academics. Their flagship summer program – Kids on Course University – serves over 700 elementary school students from 21 schools in the Cedar Rapids Community School District and targets those students behind in math and reading, eliminating the academic summer slide that disproportionately affects low-income students.

During the COVID-19 pandemic, the Foundation has adapted to continue reaching those most in need. Following the cancellation of the 2020 Zach Johnson Foundation Classic, a virtual gala was held on June 6, which raised more than $180,000.

Through the Foundation’s partnership with HACAP, the Kids on Course staff have delivered more than 3,800 food boxes to those in need. More than 20 Zach Johnson Foundation AmeriCorps members are serving at the nine school meal sites across the Cedar Rapids Community School District. To date, nearly 521,724 meals have been distributed since the meal program started after spring break.

Prior to the establishment of the Zach Johnson Foundation, Zach’s charity work was on display during the 2008 Iowa floods, when he raised funds for victims and their families through several touchpoints including the 9-hole Zach Johnson Iowa Disaster Relief Challenge, which also featured PGA TOUR players Chris DiMarco and Todd Hamilton.

“At Southern Company, we are steadfast in our belief that the communities where we live and serve must be better because we are there,” said Tom Fanning, chairman, president & CEO of Southern Company. “Like Payne before him, Zach has forged a legacy of character, charity, and sportsmanship in his life on and off of the golf course. Zach has displayed an unwavering dedication to ensuring young people growing up in Iowa have the opportunities and resources needed to reach their full potential. Zach has clearly demonstrated a strong commitment to giving and helping others.  On behalf of the entire Southern Company family, it is my pleasure to congratulate Zach on this remarkable recognition.”

Johnson has been a mainstay in the professional ranks since first joining the PGA TOUR in 2004 after finishing as the leading money winner on the Korn Ferry Tour in 2003. Now a 12-time PGA TOUR winner, Johnson’s career is highlighted by victories at the 2007 Masters and 2015 Open Championship at St. Andrews.

Johnson has competed in nine team events for the United States – four Presidents Cups and five Ryder Cups – spanning from 2006-2016. In 2018, Johnson made his debut as a captain’s assistant for Jim Furyk at the Ryder Cup and assisted Tiger Woods at the 2019 Presidents Cup.

Following a third-round 60 at the 2009 Valero Texas Open, Johnson became the first player on the PGA TOUR to shoot 60 twice (2007 TOUR Championship).

In 2016, Johnson was inducted into the Iowa Golf Hall of Fame.

The PGA TOUR, headquartered in Ponte Vedra Beach, Florida, co-sanctions more than 130 tournaments on the PGA TOUR, PGA TOUR Champions, Korn Ferry Tour, PGA TOUR Latinoamérica, Mackenzie Tour-PGA TOUR Canada and PGA TOUR Series-China. Members on the PGA TOUR represent the world’s best players, hailing from 29 countries and territories (93 members are from outside the United States). Worldwide, PGA TOUR tournaments are broadcast to 212 countries and territories in 23 languages. Virtually all tournaments are organized as non-profit organizations to maximize charitable giving. In 2019, tournaments across all Tours generated a record $204.3 million for local and national charitable organizations, bringing the all-time total to more than $3 billion.

Fans can follow the PGA TOUR on PGATOUR.COM, the No. 1 site in golf, on the PGA TOUR app and on social media channels, including Facebook, Instagram (in English, Spanish and Korean), LinkedIn, Twitter, WeChat, Weibo, Toutiao and Douyin. 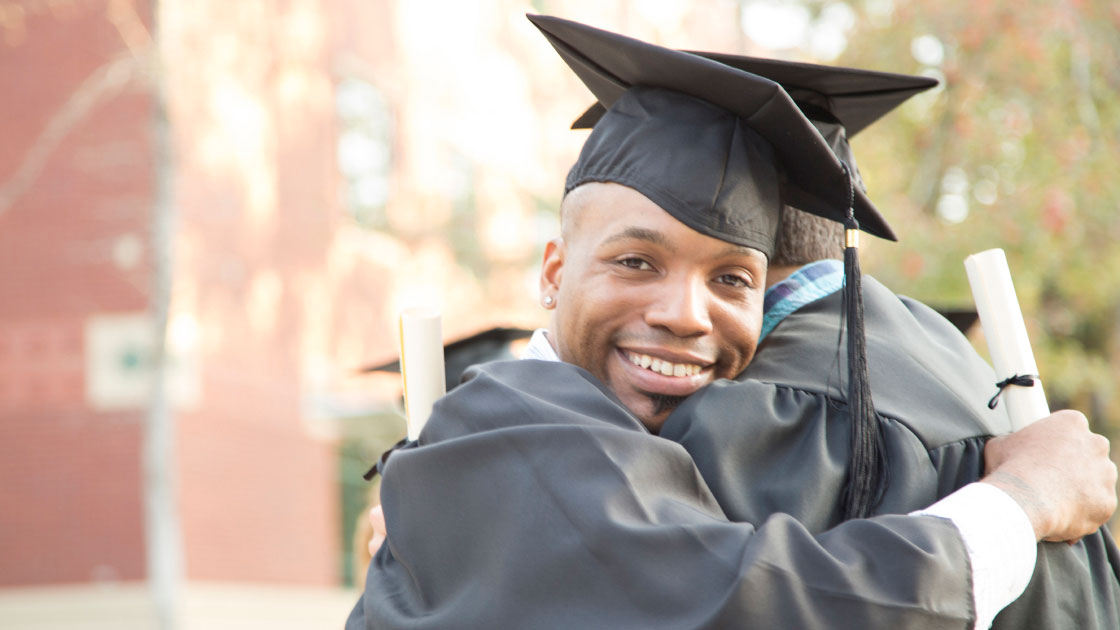 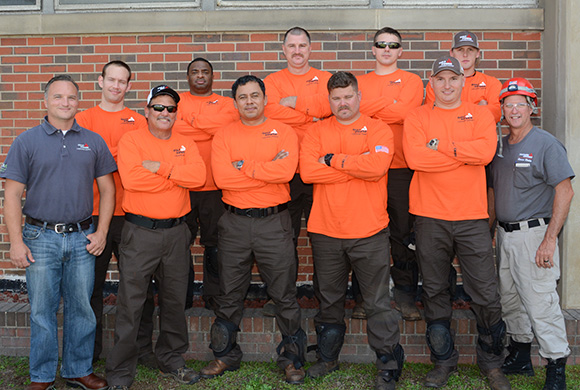