"Over the years, John Pemberton's leadership has steadily guided Georgia Power's fleet through significant changes in our generation mix," said Paul Bowers, chairman, president and CEO of Georgia Power. "Ted's operations expertise and broad understanding of our business ensures Georgia Power's generation fleet will continue to evolve, including more renewable projects, working with our partners across the system to provide our customers with safe, reliable and affordable energy today and into the future."

Currently Southern Company Services' senior vice president of commercial operations and planning, Trawick began his career as a senior consultant with J. Kennedy and Associates in Atlanta, before joining Southern Energy Inc. in 1996 and serving as director of market affairs for Mirant Corp. He later transitioned to Southern Company as manager of portfolio management and served in a variety of roles, including director of strategic and corporate affairs for Southern Power. In 2008, he joined the Tennessee Valley Authority as vice president of strategy, pricing and contracts before returning to Southern Company in 2013. Trawick graduated from Auburn University with a bachelor's degree in applied mathematics and earned a master's degree in mathematics at the University of Tennessee. He serves on the leadership council of the College of Science and Mathematics at Auburn University.

Pemberton joined Southern Company in 2003 as vice president of governmental affairs in Southern Company's Washington, D.C. office, where he managed the company's federal outreach activities. Before joining Southern Company, Pemberton served as chief of staff for the Environmental Protection Agency's Office of Air and Radiation, where he helped manage the office's efforts on several utility-related policy issues. Pemberton was also counsel and then chief of counsel for the U.S. Senate Environment and Public Works Committee. He is a graduate of Southern Methodist University and the Creighton University School of Law.

McCullough joined Southern Company in 1987 and has held leadership positions at coal-fired, gas-fired and hydroelectric power plants in Georgia and Alabama. Prior to overseeing the system's fossil and hydro generation assets, McCullough served as senior vice president of engineering and construction services and as senior production officer at Alabama Power and Gulf Power. McCullough is a registered professional engineer with degrees in electrical engineering and mathematics from Vanderbilt University. He also has a master's degree in business administration from Auburn University. 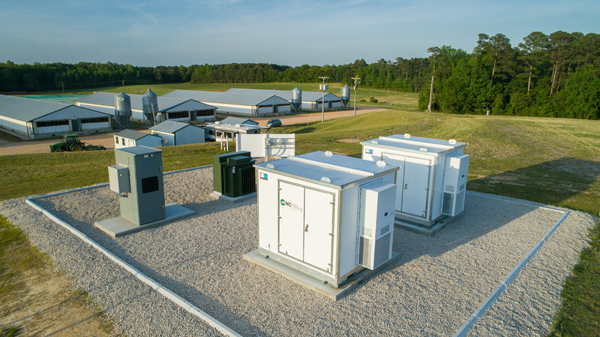