In acknowledgement of his exceptional character, sportsmanship and unwavering commitment to charitable impact, Hale Irwin has been named the recipient of the PGA TOUR’s Payne Stewart Award presented by Southern Company. Irwin will be honored on Tuesday, August 20, at the Payne Stewart Award Ceremony in conjunction with the TOUR Championship. The ceremony will be televised live on Golf Channel as part of a “Golf Central” special from 7-8 p.m. ET.

The Payne Stewart Award is presented annually by the PGA TOUR to a professional golfer who best exemplifies Stewart’s steadfast values of character, charity and sportsmanship. Stewart, an 11-time winner on the PGA TOUR and World Golf Hall of Fame member, died tragically 20 years ago during the week of the TOUR Championship in 1999. Southern Company, the “Official Energy Company of the PGA TOUR and PGA TOUR Champions,” was the TOUR Championship sponsor the year of Stewart’s passing. A year later, the PGA TOUR created the Payne Stewart Award in his honor, and Southern Company has supported the annual presentation since its inception.

“When Tracey told me that I would be the 2019 recipient of the Payne Stewart Award, I was honestly surprised yet overcome with emotion and pride when thinking of Payne, the honor of this Award which bears his name and the many deserving players who have earned it before me,” Irwin said. “Payne was a friend and a tremendous champion of our game, but more than that, he was committed to leaving a remarkable impact through golf which is still felt today.

“You could call him at any time and he would help immediately with whatever was needed, and I know he was that way with everyone he encountered. He is missed each day by all of us on the PGA TOUR and PGA TOUR Champions, and I am humbled to represent his character and passion with this Award.”

Born in Joplin, Missouri, but raised in Baxter Springs, Kansas, Irwin was first introduced to the game at 4 years old and spent countless hours with his father practicing on the sand greens at their local municipal course. He attended the University of Colorado where he was the 1967 NCAA individual champion in golf and two-time AllBig Eight selection as a defensive back in football. Irwin and his wife Sally currently reside in Paradise Valley, Arizona, and have two children: Becky and Steven.

“Hale Irwin is an incredibly deserving Payne Stewart Award recipient,” said PGA TOUR Commissioner Jay Monahan. “Starting with his first PGA TOUR title in 1971 to his most recent PGA TOUR Champions victory in 2007, his accomplishments over the course of a career that spans more than 50 years is nothing short of spectacular.  “Even today, his competitive fire still inspires after 25 years on PGA TOUR Champions. And as someone who exemplifies Payne’s character and integrity, Hale continues to carry out Payne’s legacy through his commitment to family and his passion for helping others. The PGA TOUR is proud to have Hale join what is a distinguished and legendary list of past recipients.”

In addition to a sculpture by Bob Pack presented to the recipient, the Payne Stewart Award is accompanied by an annual Payne Stewart Award Grant made possible by Southern Company. The $500,000 grant supports several initiatives in Stewart’s name and is distributed as follows: $100,000 to Payne and Tracey Stewart’s primary charity, The Stewart Family Foundation; $100,000 in Stewart’s honor to Payne Stewart Memorial, located in Missouri at Kids Across America, which is affiliated with Kanakuk Kamps; and $300,000 to a charity designated by the winner. Irwin has chosen to designate the St. Louis Children’s Hospital, Phoenix Children’s Hospital, Nicklaus Children’s Health Care Foundation, TGen (Translational Genomics Research Institute) and Folds of Honor.

Irwin established and participated in a charity golf tournament in St. Louis for 25 years called the Hale Irwin St. Louis Children's Hospital Golf Benefit. The annual Pro-Am raised millions to benefit the St. Louis Children’s Hospital, and in 1995 the hospital dedicated the Hale Irwin Center for Pediatric Hematology/Oncology in his honor. Founded in 1879, St. Louis Children's Hospital is one of the premier children's hospitals in the United States. It serves not just the children of St. Louis, but children across the world. The hospital provides a full range of pediatric services to the St. Louis metropolitan area and a primary service region covering six states.

In 2009, Irwin was the recipient of the Ambassador of Golf Award, which is given annually by the Northern Ohio Golf Charities to a person who has fostered the ideals of the game on an international level and whose concern for others extends beyond the golf course. In 2018, Irwin was named as the Honoree for the Memorial Tournament presented by Nationwide.

“The values celebrated by the Payne Stewart Award – character, charity and sportsmanship – permeate everything we do at Southern Company,” said Southern Company Chairman, President & CEO Tom Fanning. “These principles exemplify what we call being ‘bigger than our bottom line’ as we build the future of energy and make the communities where we live and serve better because we are there. Hale Irwin’s professional and philanthropic accomplishments make him a fitting recipient of this year’s award.”

The longevity of Irwin’s illustrious career cannot be overstated. Irwin won 20 times on the PGA TOUR from 1971-1994 and turned in quite the encore on PGA TOUR Champions by collecting the Tour’s most-ever victories with 45. Since turning professional in 1968, Irwin has over 90 worldwide victories and is one of five players to win tournaments on six continents, joining past Payne Stewart Award recipients Gary Player and Bernhard Langer, as well as David Graham and Justin Rose.

Irwin was a five-time Ryder Cup participant and led the U.S. Team in the inaugural Presidents Cup in 1994 as the event’s only playing captain to date.

When he officially joined PGA TOUR Champions after turning 50 in 1995, Irwin won 20 times over his first four seasons, including 9-win and 7-win seasons in 1997 and 1998, respectively. Now in his 25th season, Irwin’s 45 PGA TOUR Champions titles remain the most all time. He’s earned three Player of the Year Awards and two Charles Schwab Cups as the season-long champion (2002, 2004) following the competition’s inception in 2001.

About the TOUR Championship

The top 30 players in FedExCup standings after the BMW Championship qualify for the TOUR Championship, the finale of the FedExCup Playoffs, and will be awarded starting strokes for round one based on their position. The player with the lowest stroke total including starting strokes in the TOUR Championship after 72 holes of competition will be named winner of the FedExCup and will be awarded an official PGA TOUR victory. The TOUR Championship is annually contested at Atlanta’s renowned East Lake Golf Club, the formative home of the legendary Bobby Jones. The 2019 tournament will be played Aug. 21-25. The tournament proudly supports the East Lake Foundation, the Grove Park Foundation, Purpose Built Schools Atlanta and The First Tee® of Atlanta. The Coca-Cola Company and the Southern Company are the exclusive Proud Partners of the TOUR Championship.

Southern Company (NYSE: SO) is the Official Energy Company of the PGA TOUR and presenting sponsor of the Payne Stewart Award. Southern Company is a leading energy company serving 9 million customers through its subsidiaries as of Jan. 1, 2019. The company provides clean, safe, reliable and affordable energy through electric operating companies in three states, natural gas distribution companies in four states, a competitive generation company serving wholesale customers across America, a leading distributed energy infrastructure company, a fiber optics network and telecommunications services. Southern Company brands are known for excellent customer service, high reliability and affordable prices below the national average. For more than a century, we have been building the future of energy and developing the full portfolio of energy resources, including carbonfree nuclear, advanced carbon capture technologies, natural gas, renewables, energy efficiency and storage technology. Through an industry-leading commitment to innovation and a low-carbon future, Southern Company and its subsidiaries develop the customized energy solutions our customers and communities require to drive growth and prosperity. Our uncompromising values ensure we put the needs of those we serve at the center of everything we do and govern our business to the benefit of our world. Our corporate culture and hiring practices have been recognized nationally by the U.S. Department of Defense, G.I. Jobs magazine, Diversity Inc, Black Enterprise, Forbes and the Women’s Choice Award. To learn more, visit www.southerncompany.com. 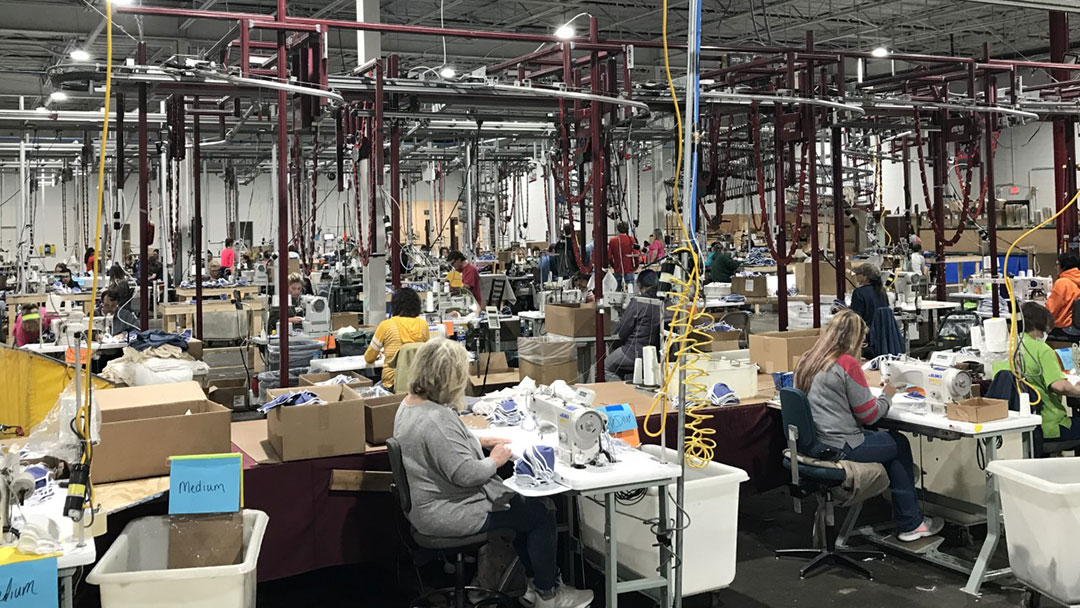 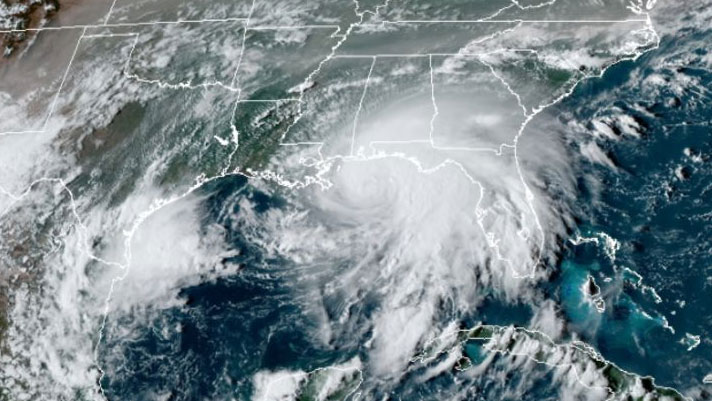