"It is an exciting achievement to complete the installation of the first wind turbine for our first wind project," said Southern Power Senior Vice President and Senior Production Officer Dana Claburn. "This project reaffirms Southern Power's commitment to developing renewable generation to support Southern Company's commitment to the full portfolio of energy resources for the benefit of our customers."

Southern Power Generation Development Asset Manager Edgar Nunez explained the delicate installation process and why careful planning, training and a complete focus on safety are required at all times.

"Each wind turbine consists of three parts: the tower, nacelle and rotor," said Nunez. "It's quite a process, as each part weighs several tons and must be shipped separately to the site."

The tower arrives to the site in three, 50-ton sections. The nacelle, which houses the gearbox and the generator, is roughly the size of a school bus and weighs more than 50 tons. The rotor, which consists of the 37-ton hub and three, 175-foot blades, weighs 74.5 tons and creates a circle 355 feet in diameter covering more than two acres.

Once all of the pieces have arrived, a crane stacks the three tower sections to the design height of 262 feet, or the equivalent of an 18-floor building like the subsidiary Alabama Power headquarters building in Birmingham. The nacelle is then placed on top of the tower, followed by the installation of the rotor to the nacelle.

There are currently several additional wind turbines in various stages of completion. It is expected that at peak productivity, Apex Clean Energy and its subcontractors, Siemens Energy Inc. and Blattner Energy, will complete two turbines per day to maintain the construction schedule. The remaining turbines will be installed in the next two-and-a-half months, and commercial operation is expected in the fourth quarter of this year.

Kay Wind is being built by Apex Clean Energy, which will continue to operate and maintain the facility after commissioning. The electricity and associated renewable energy credits (RECs) generated by the facility will be sold under 20-year power purchase agreements with Westar Energy Inc. in Kansas and Grand River Dam Authority in Oklahoma. Both companies will have the option to either keep or sell the RECs.

According to the American Wind Energy Association, the U.S. is No. 1 in wind energy worldwide, and over the past eight years, wind has grown from under 1 percent to nearly 5 percent of the nation's energy supply. 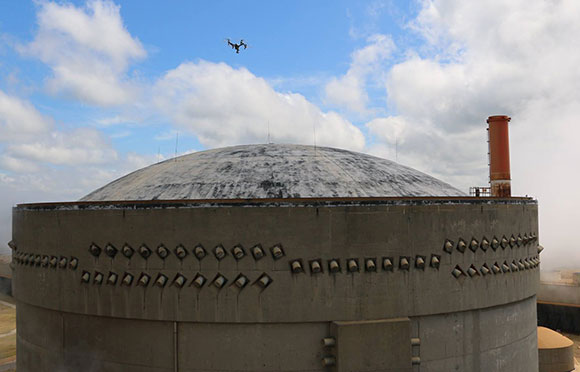