Marking a major milestone in the strategic expansion of one of the nation's leading renewable generation portfolios, Southern Company subsidiary Southern Power today announced the acquisition of a controlling interest in the company's largest solar asset — the 300-megawatt (MW) Desert Stateline Facility in California — from First Solar Inc., which will retain the remaining interest in the project. This project represents Southern Power's and First Solar's fourth shared acquisition.

"The acquisition of our system's largest solar facility builds on our proven reputation as a national renewable energy leader," said Southern Company Chairman, President and CEO Thomas A. Fanning. "By continuing to leverage Southern Company's and First Solar's complementary strengths, we are accelerating the development of solar as an important component of a diverse fuel mix now and in the future."

Southern Power's seventh solar acquisition in California, the Desert Stateline Facility, will be located on 1,685 acres of federally managed public land in San Bernardino County and is expected to consist of approximately 3.2 million of First Solar's thin-film photovoltaic (PV) solar modules mounted on fixed-tilt tables. Once operational, the Desert Stateline Facility is expected to be capable of generating enough electricity to help meet the energy needs of nearly 100,000 average homes.

"Desert Stateline is an exciting addition to the series of projects on which we've partnered with Southern Power. Our strategic relationship capitalizes on each company's core competencies, as well as the synergies obtainable though informed, enlightened collaboration," said First Solar CEO Jim Hughes. "We are actively discussing ways to continue and broaden this relationship. This facility and other similar facilities allow leading energy companies to place First Solar's advanced thin film PV technology at the heart of utility scale generation facilities, enabling power providers to include competitive, reliable renewable energy in their portfolios."

First Solar is building and will operate and maintain the Desert Stateline Facility. Construction of the plant began in October 2014 and is expected to be completed in phases. The plant is slated to be fully operational in the third quarter of 2016.

The electricity and associated renewable energy credits (RECs) generated by the facility will be sold under a 20-year power purchase agreement with Southern California Edison Company.

Southern Power assembled its renewable portfolio - now totaling more than 1,450 MW of generating capacity ownership either already in operation or under development - through the strategic development of 20 solar, wind and biomass projects across the United States. The Southern Company system has added or announced more than 3,300 MW of renewable projects since 2012. 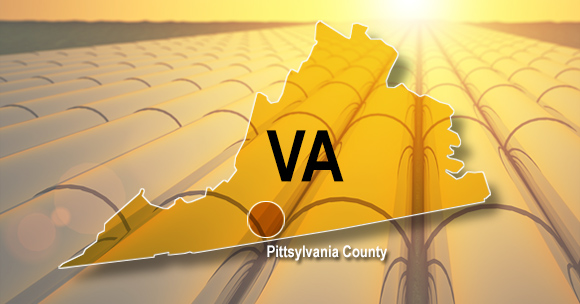