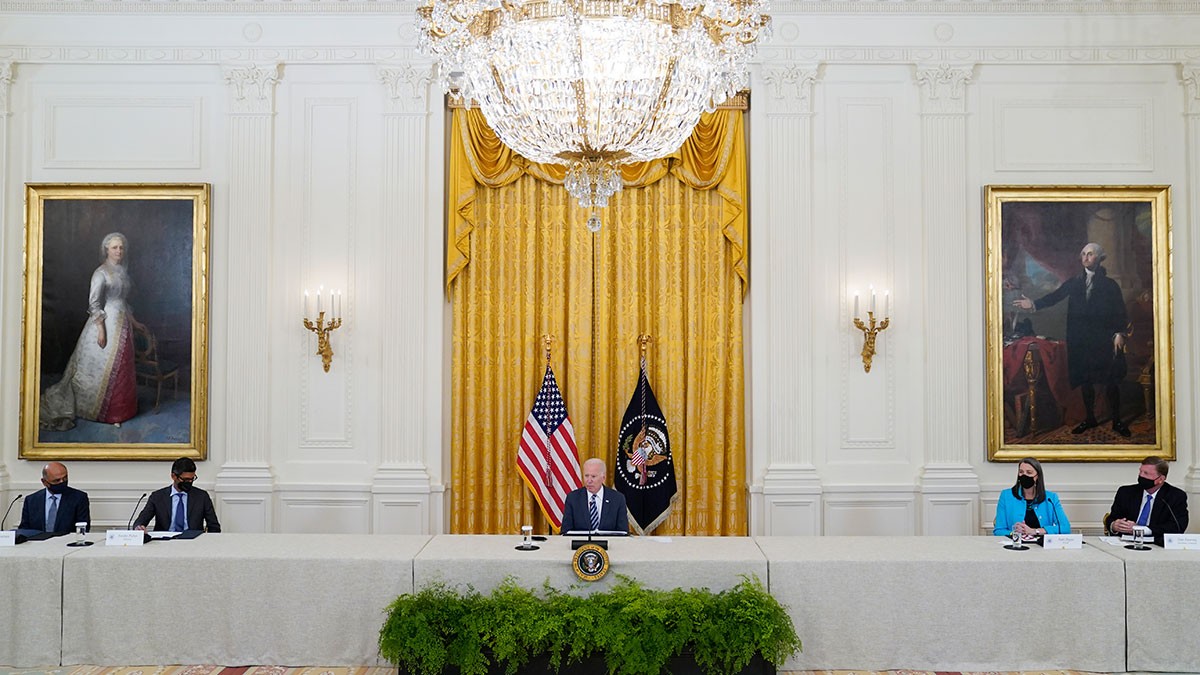 President Biden on Wednesday, Aug. 25, invited Southern Company chairman, president and CEO Tom Fanning to participate a special meeting at the White House to discuss opportunities to enhance the nation’s cybersecurity. Fanning was joined at the security summit by CEOs from Apple, Amazon, Microsoft, Google, Bank of America, and others.

Fanning’s position as a leader in U.S. cybersecurity is derived not only from his experience as a chief executive officer of a major energy company, but also as a former chief information officer, the former chairman of the Federal Reserve Bank of Atlanta and his nearly decade-long leadership as co-chair of the Electricity Subsector Coordinating Council. Tom also is co-chair of the Tri-Sector Executive Working Group comprised of energy, finance and communications executives.

“The meeting was an essential recognition of the need to improve our nation’s defenses against existential cyber threats,” said Fanning. “A strong national cyber defense – whether against ransomware or other malicious cyber activity – requires effective public-private collaboration to ensure the federal government and the private sector are working hand-in-glove in our collective cyber defense.”

Cybersecurity is a national security and economic security imperative for the Biden Administration. The Administration has engaged with the private sector, companies like Southern Company in particular, on the importance of prioritizing cybersecurity as a central part of their efforts to maintain business continuity.

Fanning added, “We must prioritize partnership between the operators of our national critical functions with federal, state, and local governments, including the intelligence community.”

Fanning was a sought-after guest on national financial news programs. He appeared live from the White House North Lawn on both Yahoo Finance and Bloomberg TV to discuss the importance of the summit.

Finally, at the conclusion of the meeting, Fanning shared his thoughts on the day in this LinkedIn post, writing, “I look forward to continuing to work with the President and his administration on our shared goals.”