Southern Company is dedicated to Superior Performance throughout our business. Our strong focus on innovative solutions is brought to life by the imaginative work of our employees. Several groups and individuals were recognized by Public Utilities Fortnightly magazine in their 2019 Top Innovators list.

Fortnightly sat down with Black to discuss what makes a top innovator and how his fourteen years with Southern Company guided him along the way. Read Fortnightly’s full interview with Black.

The forty-six qualifying nominations for this year's Fortnightly Top Innovators included one hundred and thirty-seven innovators. Twenty-three of the nominations — exactly half of them — were of an individual innovator. The remaining twenty-three nominations were of a group of innovators. The groups ranged from small two-person teams to large teams with as many as a dozen team members. Below are 15 individuals or groups recognized from Southern Company.

Baxley and Jackson are providing innovative leadership and technical expertise for testing, development, and deployment of a diverse portfolio of energy storage technologies. They were instrumental in several breakthrough projects, including the Energy Storage Research Center in Birmingham, Alabama - a plug and play network for third-party innovators, the McCrary Battery Energy Storage Demonstration in Pensacola, Florida - for understanding the siting, installation, and operational requirements of commercial and industrial-scale energy storage systems, and the Alabama Power and Georgia Power Smart Neighborhoods in Birmingham, Alabama and Atlanta, Georgia.

As a principal engineer in the Power Delivery group, Dr. Black established the Schatz Grid Visualization and Analytics Center. It is intended to bridge the industrywide gap in the ability to demonstrate and evaluate new power grid technologies and enable solutions to be deployed quickly and configurations to be altered easily reducing research and development time and cost. The Center also fosters collaboration with the Electric Power Research Institute, U.S. Department of Energy national labs, academia and technology providers.

Operators at a major plant of Mississippi Power noticed alarms and faults were being generated requiring connecting to the relay on-site issuing the alarm or fault. This team developed a new protection interface with advanced data to speed diagnosis and recovery from faults. The time it takes to fix issues when an alarm is triggered was up to three hours, but this has been reduced to just an hour.

Ivey and his team saw that five different plants in Mississippi were processing invoices separately with the same documentation, past due, rate discrepancy, and vendor terms and condition issues. They streamlined and consolidated the processes with subject matter experts invoice reconcilers.

During last winter, there were concerns about the ability to meet customer demand on a peak winter day. The team worked together to create the company's first-ever cross-commodity optimization deal - selling some natural gas assets from one region to another for greater value to pay for an additional five hundred and twenty megawatts of generating capacity - to enhance reliability and minimize customer cost during extreme cold. 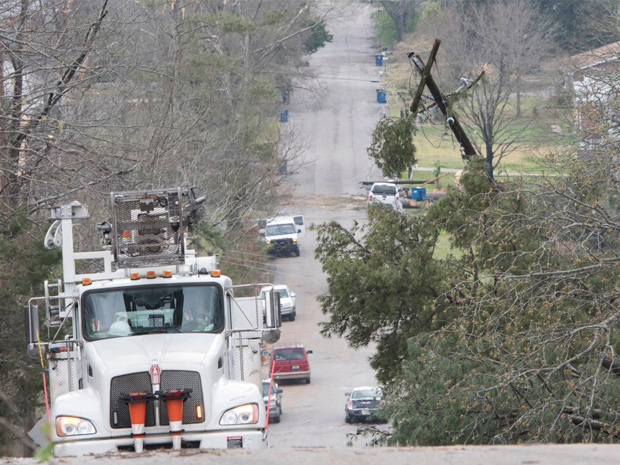