The company files a VCM Report every six months to provide an update on construction progress and other information related to the construction of the nation's only new nuclear units. This filing chronicles the last six months of 2017 and marks the first VCM update since Georgia Power received unanimous approval from the Georgia PSC in December 2017 to move forward with construction of Vogtle 3 & 4.

From the beginning of the Vogtle expansion, Georgia Power has worked to pursue all available benefits for customers and minimize the impact of the new units on electric bills. The projected peak rate impact for customers included in the report has been reduced to 9.8 percent with more than half of this impact already in place on bills. This projected rate impact is well below original projections of approximately 12 percent thanks to new federal tax laws, anticipated customer benefits from federal production tax credits (PTCs), interest savings from loan guarantees from the U.S. Department of Energy (DOE), and the fuel savings of nuclear energy.

Over the past several months, the company has announced multiple positive developments delivering savings and benefits for customers and reducing the expected cost of the plant, including:

•Full payment from Toshiba of $3.68 billion in parent guarantee payments to Georgia Power and the other Vogtle co-owners, Oglethorpe Power, MEAG Power and Dalton Utilities. The payments will reduce the total cost of the plant for Georgia Power with every dollar received from Toshiba being used to benefit customers.

•Customers will pay $139 million less than previously expected due to the impact of new federal tax laws and the receipt of the full amount of parent guarantee payments from Toshiba. The savings will be delivered beginning in April 2018 through a reduction in the Nuclear Construction Cost Recovery tariff on customers' bills.

•$188 million, a total of $75 each for individual customers, in bill credits as a direct result of the Toshiba parent guarantee payments. The credits were approved by the Georgia PSC as part of its order to continue construction with Vogtle 3 & 4 and will be distributed across three separate Georgia Power bills in 2018.

•Approximately $1 billion in benefits for customers due to the recent extension of federal PTCs. While PTCs do not impact the in-service cost of the units, they provide benefits to customers through a reduction in revenue requirements beginning when the units go into service and for many years beyond.

•$500 million in expected customer savings due to $5 billion in anticipated loan guarantees from the U.S. DOE, including $1.67 billion under a new conditional commitment. Final approval and issuance of the additional loan guarantees by the DOE cannot be assured and are subject to the negotiation of definitive agreements, completion of due diligence by the DOE, receipt of any necessary regulatory approvals, and satisfaction of other conditions.

Vogtle 3 & 4 remains the most important energy infrastructure project currently underway in Georgia with more than 6,000 workers onsite and approximately 800 full time careers once the new units begin operating. The 18th VCM Report illustrates that, following the Westinghouse bankruptcy in March 2017, all Vogtle co-owners worked together to mitigate impacts and maintain the project's momentum. Southern Nuclear, the nuclear operating subsidiary which operates the existing units in Georgia, is now the project manager at the site with global construction firm Bechtel managing daily construction efforts.

According to the 18th VCM Report, since Southern Nuclear assumed overall project management in 2017, productivity at the construction site has improved and direct construction work is currently tracking ahead of the plan to achieve the target in-service dates.

Progress and milestones noted in the second half of 2017 include:

•The successful negotiation and transition to a new services agreement with Westinghouse to provide design, engineering and support services for the project.

•Construction progress on both units, including the installation of key modules and components such as both steam generators and the Pressurizer for Unit 3, and structural modules CA02 and CA03 for Unit 4. Additionally, thousands of tons of rebar and tens of thousands of cubic yards of concrete placed throughout the site.

•Major equipment deliveries to the site including squib valves for both units, the Passive Residual Heat Removal Heat Exchanger for Unit 4 and Unit 4 Reactor Vessel Internals. A vast majority of modules and equipment needed to complete the project is now onsite

•Increased licensing efficiencies reached with the Nuclear Regulatory Commission (NRC) related to the number of Inspection, Test, Analysis and Acceptance Criteria (ITAAC) from approximately 875 per unit to 450 per unit. This effort did not reduce the scope of the ITAAC program, but streamlined the administrative requirements to both the company and the NRC.

•Continued transition to testing and startup activities for the new units, including the onboarding of 14 licensed operators from the V.C. Summer project in South Carolina, saving nearly two years of training time and costs. 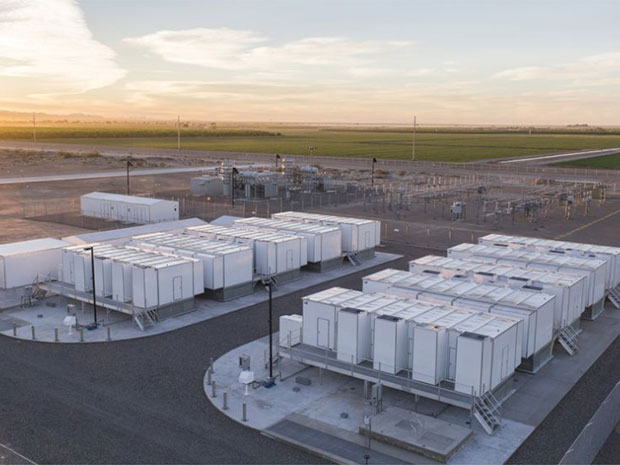