Retired Georgia Power employee Bob Knight has fond memories of his days at Plant Yates. The retired boiler turbine operator worked at the plant when it began generating electricity for customers in 1950.

On Saturday, Jan. 21, Knight returned to his former place of employment for a special event - the demolition of the 830-foot stack for Yates' retired Units 1-5. Making his visit special was the opportunity to pull the demolition switch, which brought down the massive structure with a ground-shaking rumble.

With excitement, Knight readied his finger as the countdown began.

"They said 'let's go,' and I pushed it," said Knight, who worked at Yates until his retirement in 1982. "It was something to be able to push that button."

The stack demolition was the next step in the dismantlement of the retired portions of the plant, which served electric customers reliably from 1950 through 2015.

"It was something you don't get to do every day," said Knight, who noted that being back at Yates "felt like home."

Units 1-5 were retired in 2015 following approval by the Georgia Public Service Commission through the 2013 Integrated Resource Plan (IRP). Units 6 and 7 remain in operation and are fueled by natural gas. 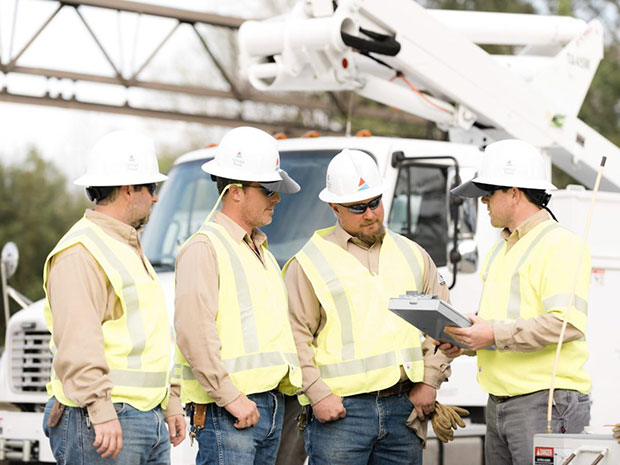