ATLANTA, Georgia -- Southern Company, along with the National Fish and Wildlife Foundation (NFWF) and other public and private partners, has announced the 2017 national grants under the Gulf Coast Conservation Grant Program (GCCGP). Southern Company-sponsored grants help fund projects that restore and maintain the ecology of coastal bird species across Mississippi, Alabama and Florida.

The following organizations have been awarded GCCGP grants supported by Southern Company's Power of Flight Program:

Wildlife Mississippi will place 80 acres of grassland in Jackson County, Miss., under permanent conservation easement. The project will protect an agricultural property that provides important habitat for the critically endangered Mississippi sandhill crane and is currently used by up to nine cranes, which is seven percent of the wild population, for foraging and raising colts.

The Southeastern Association of Fish and Wildlife will promote water conservation best management practices on 6,000 acres of agricultural lands within the Apalachicola-Chattahoochee-Flint (ACF) River basin. The project will protect flow to benefit habitat for six federally listed mussel species, gulf sturgeon and a host of other endemic species native to the Chipola River and ACF basin.

"We believe in being a good steward wherever we serve and our support of the Gulf Coast Conservation Grant Program is one of the many ways we are doing that," said Southern Company Environmental and System Planning Vice President Jeff Burleson. "Through the Power of Flight Program, we are helping to conserve critical bird species and improve the Gulf Coast's ecosystem, which is inextricably tied to the health of our coastal economy and tourism."

The GCCGP supports a variety of conservation projects that focus on enhancing coastal habitats and bolstering priority fish and wildlife populations along the Gulf of Mexico. Southern Company and NFWF have partnered through the Power of Flight Program since 2003, which has restored or enhanced more than 478,000 acres of high-priority habitat for bird species, including red-cockaded woodpecker, northern bobwhite quail, whooping crane, coastal waterbirds and shorebirds, and other imperiled species. To date, 89 Power of Flight-supported projects have been implemented across the Southeast in states where Southern Company's electric-utility subsidiaries are located.

"Successful conservation programs operating at this scale wouldn't be possible without bringing together the public and private sectors," said Jeff Trandahl, executive director and CEO at NFWF. "Innovative partnerships like these drive the overall success of the Gulf Coast Conservation Grant Program, which in turn ensures that critical on-the-ground conservation work gets done throughout the Gulf Coast."

In addition to Southern Company and NFWF, other public-private partners include Shell Marine & Wildlife Habitat Program, the U.S. Department of Agriculture's Natural Resources Conservation Service and others. 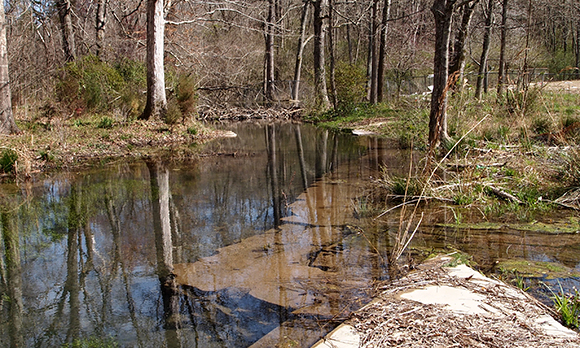