Southern Company, in partnership with the National Fish and Wildlife Foundation and other public and private partners, have awarded over $5.5 million in grants to 24 community-led projects that will support, restore and enhance the longleaf ecosystem. The grants include $2.2 million in funding for 10 projects across Alabama, Georgia, Florida and Mississippi, which are home to Southern Company's retail electric-utility subsidiaries. These projects are also strategically-located for longleaf pine conservation in areas including military bases, national forests and national wildlife areas.

Longleaf Stewardship Fund projects will restore more than 13,300 acres and enhance more than 270,000 additional acres of longleaf pine habitat across the historic longleaf range. The projects supported by Southern Company will impact more than 199,000 acres, of which 6,100 acres will be newly planted longleaf pine.

"We're pleased to play a role in restoring a remarkably diverse ecosystem that is deeply connected to the culture and economic growth of our region," said Southern Company Environmental and System Planning Vice President Jeff Burleson. "Through the landscape-scale conservation approach of the Longleaf Stewardship Fund, a wide range of plants and wildlife that depend on this critical habitat will benefit."

The Longleaf Stewardship Fund builds on the success of the Longleaf Legacy program, a partnership between Southern Company and NFWF, which for eight years invested more than $8.7 million in projects to restore more than 87,000 acres of longleaf pine forest and the native species that rely on the habitat. Another 20,000 acres were restored through the company's closely aligned Power of Flight program with NFWF. To date, the longleaf pine forest has increased from 3 million acres to a projected 4.7 million acres.

"The longleaf pine is an iconic and beloved tree throughout most of the South, and the forests these trees anchor represent some of our nation's richest areas of biodiversity", said Jeff Trandahl, executive director and CEO at NFWF. "Restoring these vital habitats at such a large scale could not be done without the cooperation and support of private landowners, federal agencies, military installations, private corporations like Southern Company, and a coalition of conservation organizations."

The 2017 Longleaf Stewardship Fund projects supported by Southern Company include:

The Fort Stewart-Altamaha Longleaf Partnership (Georgia) – The Longleaf Alliance will coordinate with partners to establish 140 acres of longleaf pine, treat an additional 21,600 acres with prescribed fire, and build a network of public and private landowners focused on native groundcover restoration through prescribed burns, native seed collection and planting. This project will improve habitat for the gopher tortoise and other longleaf-dependent species on public and private lands within close proximity to Fort Stewart and Townsend Bombing Range.

Tall Timbers Research, Inc. (Georgia/Florida) and partners will install artificial nest cavities and translocate 25 red-cockaded woodpeckers (RCWs) on private lands in the Red Hills region of Florida and Georgia. Project will treat more than 38,000 acres of existing longleaf with prescribed fire to improve and maintain forage and nesting habitat for translocated RCWs.

The Talladega Mountain Longleaf Conservation Partnership (Alabama/Georgia) – The Nature Conservancy, Alabama will coordinate with partners to establish 447 acres of longleaf pine and improve 17,700 acres of existing longleaf habitat with prescribed fire on public and private lands with the support of a seasonal fire crew. Project will develop a conservation plan to prioritize and guide future restoration and conduct outreach to engage private landowners to restore longleaf pine.

The Appalachicola Regional Stewardship Alliance (Florida) – The Nature Conservancy, Florida will coordinate with partners to establish 862 acres of longleaf pine and improve more than 25,000 acres of existing longleaf habitat through the use of prescribed fire and planting of native groundcover on public and private lands. Project will benefit Tyndall Air Force Base, improving habitat both on and off base for numerous wildlife species including the eastern indigo snake, a federally-threatened species, as well as the gopher tortoise and Bachman's sparrow.

The Gulf Coastal Plain Ecosystem Partnership (Alabama/Florida) – The Longleaf Alliance will coordinate with partners to establish 333 acres of longleaf pine and improve an additional 55,350 acres of existing longleaf habitat through prescribed fire and private landowner outreach and technical assistance. Project will translocate 140 gopher tortoises, a candidate species for possible listing under the Endangered Species Act, to high-quality, managed land and provide technical assistance and educational opportunities for private landowners, including a Longleaf Academy.

The Alabama Wildlife Federation (Alabama) will provide technical assistance, outreach, and information to private landowners, contractors, and resource professionals to establish or enhance grassland habitat throughout Alabama. Project will increase awareness of the ecological value of native grassland habitat, foster a collaborative environment among project partners and restore 3,000 acres of grassland habitat for northern bobwhite quail and other grassland birds. 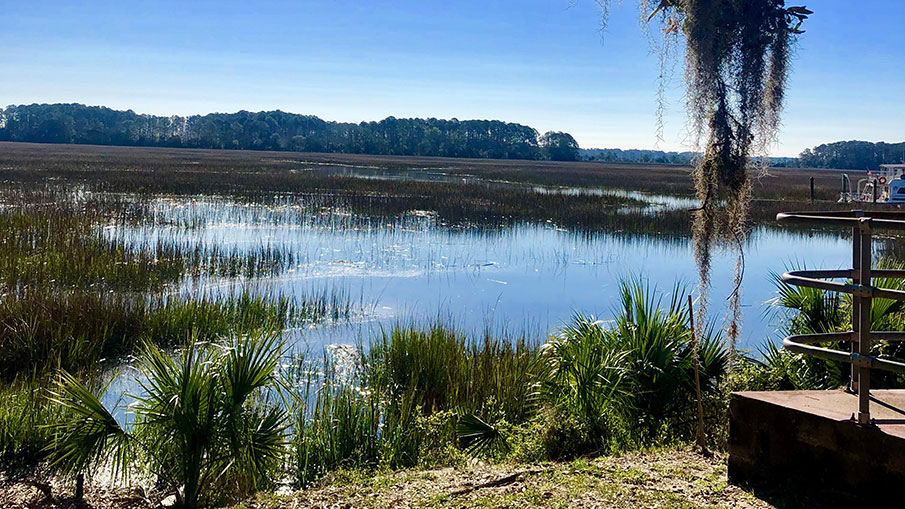