From a young age, Diego Carvallo always had a knack for nuclear reactions and atoms. Not only did he excel in these subjects at school, but he enjoyed the challenge that came from solving advanced problems. This aptitude later led him to study nuclear and radiological engineering at Georgia Tech in Atlanta, Georgia.

Motivated by his desire to learn more and with the support of his professors, Diego sought out additional learning opportunities at a Georgia Tech career fair. There he met with campus recruiters from top engineering companies, including Southern Company.

After hearing what Southern Company could offer in his field of study, Diego applied to the co-op program for nuclear engineering.

As part of the co-op program, Diego worked three alternating semesters in the BWR Fuel Engineering group at Southern Nuclear in Birmingham, Alabama. Most co-op programs end after three terms; however, Diego worked a fourth term in maintenance support at Plant Vogtle in Waynesboro, Georgia. Through the hands-on learning structure of the co-op program, Diego was able to experience situations and issues that most college students don't experience until after graduation.

"I was treated as a real-time engineer with real responsibilities, deliverables and consequences," Diego describes. "But there was still a safety net where I had an entire team behind me if I needed support."

Eager to continue his work with Southern Company, Diego reached out to Chris Comfort, head of Nuclear Ideation, after his co-op program concluded. Chris connected him with the Energy Innovation Center (EIC), Southern Company's new hub for innovative ideas and product development. Located near Georgia Tech, it was the perfect opportunity for Diego to stay involved close to school.

Today, Diego is an intern at the EIC where his responsibilities include technology research, proof-of-concept development and project team coordination. While his current role is not based in nuclear engineering, it offers him the unique opportunity to help Southern Company build the future of energy by developing inventive solutions that will move the industry forward and improve lives.

"Diego gives me great confidence that the next generation of Southern Company employees will be bright, capable, enthusiastic people who can really help our enterprise excel in the years ahead.  He's a great addition to the Southern company team," said Diego's supervisor.

"I've had some great experiences and have met some really great people," Diego explains.

Diego's advice for future student co-ops or interns
– go after what you want.

"It's important for students to challenge things and ask for things," describes Diego. "By doing so, you're exposed to more and you're able to learn a lot more about how things work." 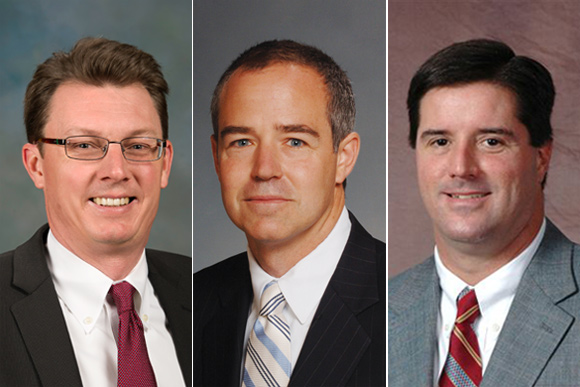